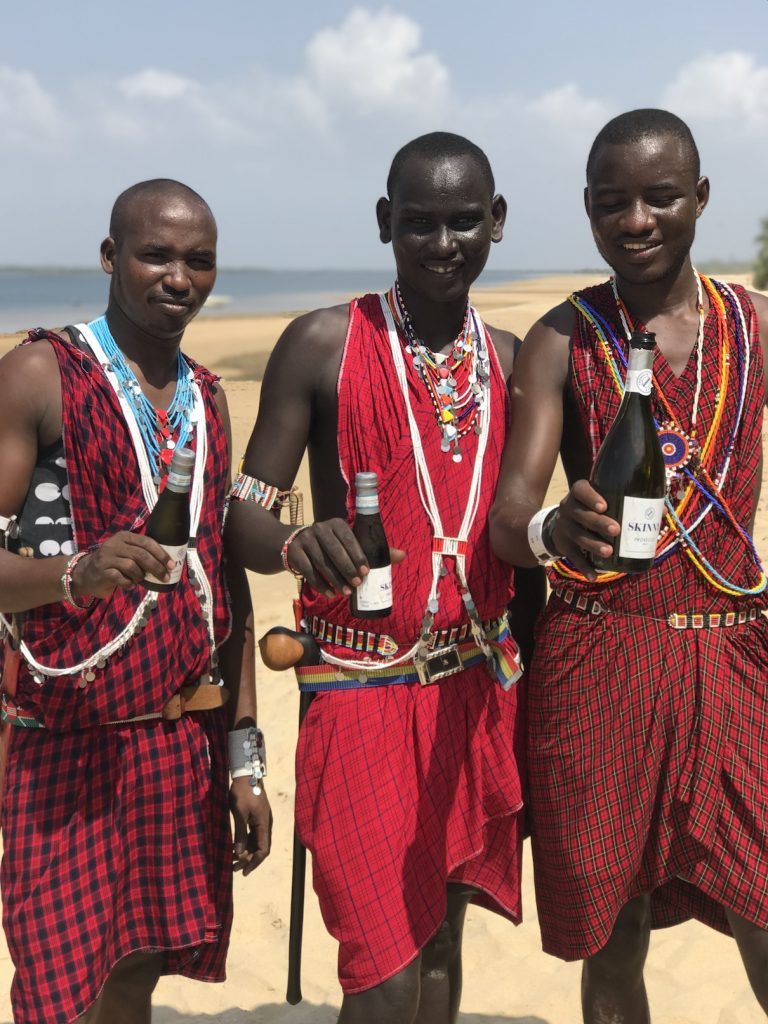 Calming Kenya: A hideaway for burned out entrepreneurs!

I was lucky enough to have a super rare, three-week escape to Kenya with my husband and two children, Lola, 15 and Ripley, 10. Due to my crazy entrepreneurial journey, the past five years have seen much in the way of international travel but no real holiday. Previous Summers like the last have seen the kids rushed to surf school in Cap Ferret daily while my husband and I frantically catch up on work, much like a school day but in a more stylish, warm location.

Great friends whose son had been at school with ours in the UK, have moved to Nairobi and their invitation to spend the Christmas season with them and travel was too good to pass up, and surprisingly possible due to me having a great team for the first time and my husband’s work as a publicist in the entertainment business, quietening down during this time.

We left England behind excited at the triple whammy of catching up with wonderful friends, sunshine and the prospect of real adventure ahead, with our only previous experience of Africa in Morocco and none of us ever having been lucky enough to experience safari life.

When we landed in a small plane from Nairobi at the most charming small airport ever, the warmth of both the air and people’s smiles welcomed us.

We took a boat loaded with all our comically heavy luggage across the water headed for the secluded beauty of Kiningoni beach. An engine issue mid journey where we stalled for a time and had to change boats merely added to the charm, not least as the surroundings were exotic, the sea warm and the boats passing full of waving locals.

Nairobi was a whole lot of fun as our friends’ home city and I soon became accustomed to such treats as perfectly ripe mango and pancake breakfasts being delivered to the table by the lovely girl helping with the children and in the kitchen. Being waited on at home was a whole new world to me but one it didn’t take long to get used to I’m embarrassed to admit!

At the end of our road sat Karen Blixen’s House, the Danish Duchess who came to Africa to start a farm and end up becoming the city’s unofficial saint.  Giving more than 200 tribal families work across decades, she was honoured with the region now bearing her name Karen.  We watched the Sidney Pollack film adaptation of Karen’s life Out of Africa on the lawn one night under the stars.  The monkeys and leopards calling us from the sanctuary behind the house gave the whole thing a surreal immediacy.

North Mara Safari was a movie in itself. The people who own Offbeat Safaris are mutual friends coincidentally of both ours and our friends in Kenya but interestingly our friends had independently selected Offbeat having been on safari many times as one of the most special experiences where the conservancy is kept from being too busy and you can really get up close and personal with the animals.

Little did I realise what an understatement that was. Night time felt as though we were really sleeping with lions as they roared to each other in the background, the noise cutting through the still night making it feel as though they were far closer than the reality which was a real adrenaline rush.

I also had little need to zoom in for images on my iPhone as our brilliant Masai guide drove us literally right up to the animals which included cheetah, leopard, hippos, giraffes… you name it.

Even new born baby lion cubs which was of huge excitement to us all, not just the children.  And who knew how enjoyable a warm bucket shower could be. I have the Instagram video to prove it. Neck up of course!