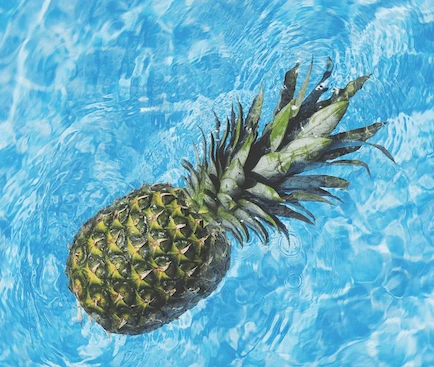 Five Ways To Keep Cool In A Heatwave!

The UK. Hotter than Barbados, cooler than, well, most of the planet, and currently basking in a fabulous heatwave that’s seen the nation run out of bikinis.

There is one tiny snag.  Brits are far better at coping with rain and fog than desert-like temperatures – hence the run on beachware – and we’re all in danger of more sleepless nights making us lose our cool.

But at Thomson & Scott we won’t be defeated by something as glorious as too much sun. Here are our top five ways to KEEP COOL AND CARRY ON during a UK heatwave:

1. Forget the snobbery about chilling wine with an ice cube because it’s a little-known fact that they’re acceptable in rosé. The French won’t let them anywhere near champagne because expanding ice pops sparkling wine’s delightful bubbles. However, if you turn your sparkling wine into a cocktail then you need ice and the fizz thing becomes less of an issue.

Plus extra hydration in a heatwave is no bad thing. We suggest a sparkling rosé cocktail made with one third crushed ice, one third your favourite berries (and a few sprigs of mint and edible flowers, if you’ve any handy) and one third Thomson & Scott Sparkler Rosé. It’s seriously good, and also offers one of your five-a-day.

2. Take it outside. Don’t rush home after work but go to the park. You can pick up a salad from somewhere like Pret a Manger – we adore their veggie offerings – or London’s vegetarian Ethos. By the time you return home you’ll have the roads, buses and trains to yourself, and will almost feel as though you’ve had a mini break.

3. Heard of the Princess and the Pea? The summer version is the Ice Maiden and the Hot Back. If you can’t sleep when the temperatures start to rise keep your sheets in the fridge until it’s time for bed.

It sounds a bit crazy – and you might want to pop the sheets in a plastic bag first to prevent cross-contamination with the contents of the fridge – but if you start the night nice and cool you might just drift off before you’ve had time to yell, ‘I’m TOO HOT!”

4. Ice, baby. Fill your hot water bottle and let it freeze. Once frozen wrap in a plastic bag and then a towel to catch any condensation and pop in the bottom of your bed. And put a tray of ice in front of a regular fan to waft deliciously cold air around your bedroom.

5. Drink more water than you usually do. Dehydration is guaranteed to keep you tossing and turning all night. And don’t forget to keep your ice cube supply topped up for instant drink and forehead cooling – where there’s sunshine there’s a cocktail with your name on.