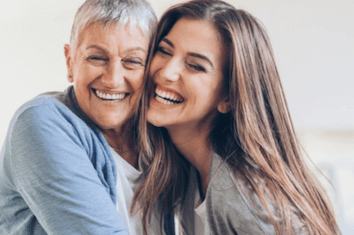 Mum, mom, mama. The name might change, but the role is the same the world over. In the UK Mother’s Day always takes place the fourth Sunday of Lent and was traditionally a day when children, mainly daughters, who worked in service in private houses were allowed a day off to spend time with their mother.

In the USA the origins are different, and primarily down to Ann Jarvis (pictured below), a teacher who came up with the idea for a special day to honour (honor!) the sacrifices moms make for their families.

The first celebration, held in 1908 in a church in Grafton, West Virginia, was such a huge success that Jarvis worked tirelessly to see the holiday added to the national calendar. In 1914 President Woodrow Wilson officially designated the second Sunday in May as Mother’s Day.

The day is now a big deal on both sides of the pond. According to research in the US it’s estimated that US$23.1 billion will be spent on Mother’s Day celebrations in 2018. Which is a lot of bouquets of flowers and pink greetings cards.We spoke to our expert on all things USA, our US Brand Ambassador Devin Parr. She reckons the day is all about Mother’s Day brunch, spa treatments and getting the men in the family to take over the cooking. Which we will obviously drink very happily too, a large glass of Thomson & Scott Prosecco in hand.