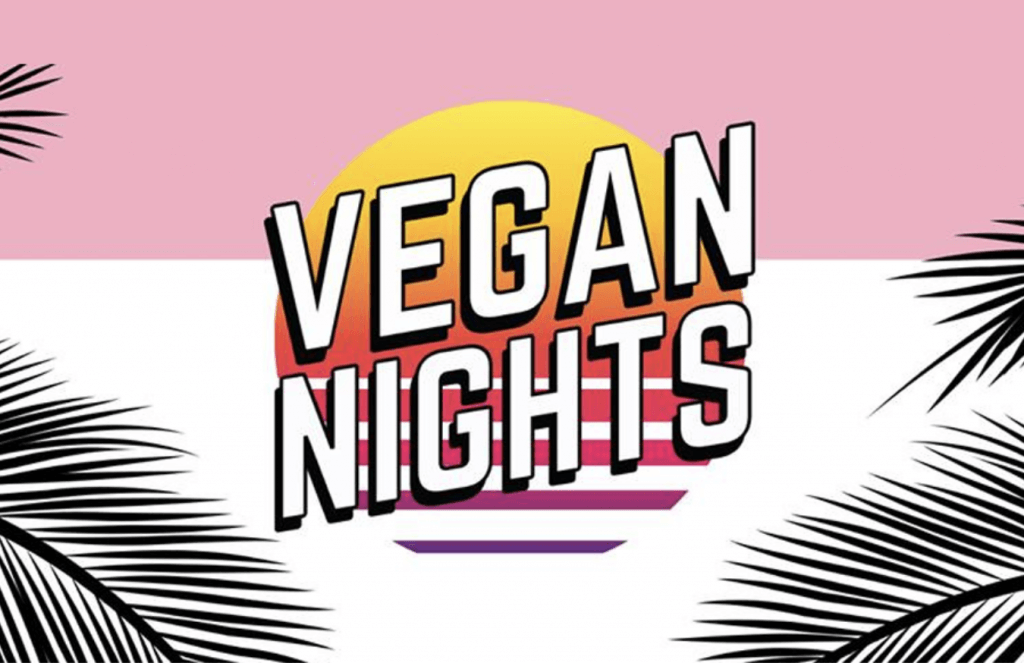 Livin’ On The Veg… Vegan Nights returns on 5 July – We’ll be there!!

It’s back!  The 9th Vegan Nights will take place at Brick Lane’s Truman Brewery on 5 July and we’ll be there serving buckets of Thomson & Scott Prosecco.

Since sampling Hell Yum ice ‘cream’ and What the Pitta! donner kebabs, we’ve been counting the days.

Vegan Nights always has a theme, and this time round it’s going to be cheeky Americana. The food is awesome, the vibe big and bold as a summer’s night, and, well, who doesn’t like mac’n’cheeze and hawt dawgs?

But there’s more to it than the food from 20 vendors – there will be DJs, live acts and – yes! – lots and lots of VEGAN, ORGANIC Thomson & Scott Prosecco with 0.7g of SUGAR per 100ml glass.  And for discerning palates luxe doesn’t get much more plant-based than that.

Veganism as a cool mainstream lifestyle choice isn’t news. But it’s nice to hear Time Out declaring that, “Vegan Night festival was so insanely popular, it’s coming back.”

US Podcast For All Drinks Interviews Noughty creator Amanda Thomson