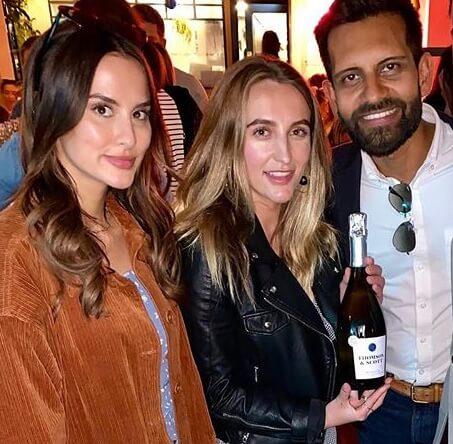 Made in Chelsea stars open a hot new vegan restaurant

You wait for years (and what feels like decades) for exciting vegan restaurants to open, and it looks like 2018 is shaping up to be the year when it’s finally going to happen.

Friends opens this week, and everything on the menu and wine list – including Thomson & Scott Prosecco – is plant based. Located on the New Kings Road by Parsons Green near Fulham, the restaurant is run by sisters Lucy and Tiffany Watson, who just happen to have starred in reality TV show Made in Chelsea.

Lucy “embraced vegetarianism since childhood” and three years ago became a vegan, followed by sister Tiffany. The duo is now on a mission to prove that vegan food can be as tasty, accessible and more-ish as anything dairy- and meat-based.

Instead of plates of roast vegetables, expect classic dishes made with vegan alternatives. ‘Chicken Bites’ are made with jackfruit, hemp and sunflower seeds, variations of burgers feature your five-a-day and more, and fish and chips is served with cashew tartar sauce.

The décor, with its pink walls, neon signage and turquoise-coloured booths, is as bright and inviting as the juices, which are listed by colour in an ‘eat the rainbow’ approach that’s long been popular with the living on the veg set. Unnecessary plastic, including straws, will naturally not be on the menu.

It’s exciting proof that the vegan movement is becoming a mainstream lifestyle choice, and Thomson & Scott Prosecco couldn’t be happier to be on the wine list.