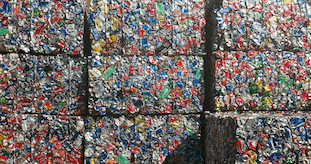 We Can for World Environment Day

Beat plastic pollution – if you can’t reuse it, refuse it.

This is the eye-catching message behind World Environment Day 2018.

The most important day in the UN’s calendar for encouraging worldwide awareness and action for the protection of our environment began in 1974, and it’s the “people’s day” for doing something to take care of the earth.

Every year has a theme, and this year it’s about ways to counteract the harm caused by plastic pollution.

The Future is Can-Shaped…

We’ve seen a little slice of a more environmentally conscious future, and we think it’s can-shaped. In 2017 Thomson & Scott made a pledge to banish plastic from every part of its production process. We’re well on the way, and the newest addition to our range is the Thomson & Scott Sparkler Rosé. Housed in an aluminium can, this top quality, organic, vegan and naturally frizzante wine is made with up to 0.3g sugar per 100ml.

Like a favourite clutch bag, it goes with everything, and we firmly believe that aluminium cans are the future of wine.

Here’s why – and why we’ll continue to campaign against plastic pollution on World Environment Day and beyond.

1.  Aluminium is 100% recyclable, and there is no limit to the number of times it can be recycled. Pop a can into the recycling bin and it will be re-filled and back on shelves in only 60 days

2.  The average recycling rate of aluminum cans is 68%, the highest rate of recycling of any resource

3.  It’s so chilled. A thinner surface area compared to glass means drinks in aluminium cans chill faster than those in glass

4.  Cut glass has its place, but not in a picnic hamper. You can put a considerable dent in an aluminium can without it exploding, making it delightfully portable. The Thomson & Scott Sparkler Rosé has been dubbed the #drinkofthesummer, and its packaging is just as popular as its contents

6.  Cans stack really easily, and even if they roll out of your fridge by accident won’t smash all over the floor